Today we learned how Deputy chief constable Julie Cooke welcomed the new Hate Crime Cars deployed in the UK. At Wokeyleaks, we have a controversial stance on this. We believe that the Force should prioritise knife-crime over name-calling. And perhaps grievous-bodily-harm over hurt feelings. Possibly we’re not alone in that opinion.

Either way, we’ve all seen the new car design at this point, but just in case you haven’t, here it is below: 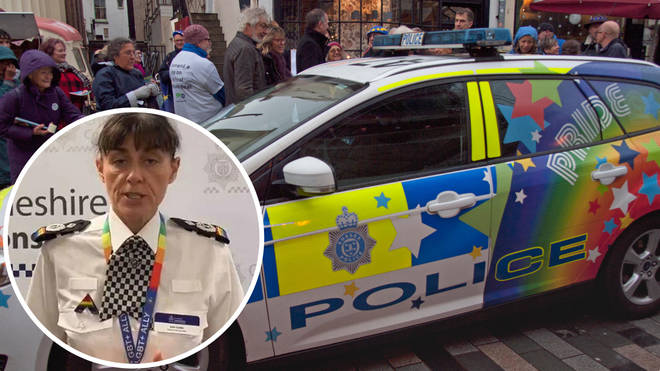 That’s the aforementioned Julie Cooke in the inset above. Wokeyleaks can reveal that Julie sent us some leaked photos just hours after her interview with LBC. It’s believed that the photos are from the recent photoshoot at Cheshire Police’s newly created ‘Division of Undercover Drag Experts’ (DUDE).

Our safety is undoubtedly reassured in this fabulous new country of ours; with only the oddball straight-white-christians needing to feel in the slightest bit threatened.

We are WokeyLeaks.net. I am Zhe Zher. I am the sensitive soul running our website. Send us your harrowing stories of Wokeness and Leak your wokey-files on our secure website https://WokeyLeaks.net Courteous Disambiguation: I am not the "They/Them" character (a supposed "liberal elite celebrity insider") created by The Spectator U.S. Neither WokeyLeaks.net nor Zhe Zher have any affiliation with The Specator U.S. or the Spectator U.K.

GBNews is Fresh Air for a Suffocating Nation

Our Women are better than Your Women